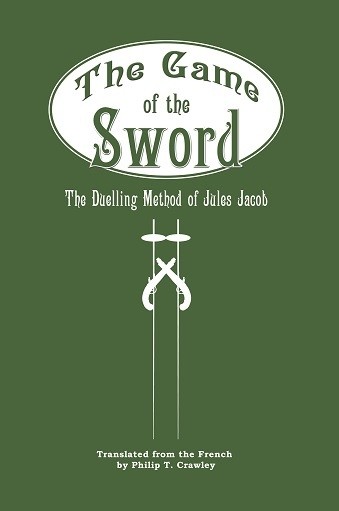 The Game of the Sword

The famous Jules Jacob, master-at-arms at the prestigious “l’Ecole d’Escrime Francaise” was best known for adapting the classical foil game to the needs of the duelling ground, putting forward the revolutionary argument that fencing should represent, as closely as possible, a real fight with the duelling sword or épée.

His approach used simple, easy to learn yet highly efficient techniques while developing the best qualities of both instinctive sword use and tutored fencing.

These techniques, tactics and mindset found in Jacob’s épée method also greatly influenced the weapons techniques to be found in Defense dans la Rue, the French self-defence method for gentlemen, that Jacob’s editor for this work, Émile André, would go on to document along with others such as John Joseph Renaud who wrote in his “Traité d'Escrime Moderne” of 1928 that,

“[the] method of Jules Jacob was excellent at the time. His very intelligent system was primarily intended to combat pure foil fencers. Jacob’s unskilled students were able to inflict damage to well-known foilists in a duel”

A method and advice for épée use in the duel

A method and advice for the sabre and pistol duel

Advice on adapting foil and sabre technique to the duelling ground

Advice and simple methods of defence for unskilled duellists

A practical overview of the rights and responsibilities of anyone involved in conducting a duel with any of the three weapons; épée, sabre or pistol

“I should advise to procure…especially “le jeu de l’Épée” by M. Jules Jacob, which is the most clear, concise and practical work I have yet met with.” (Cold Steel, 1889)

Save this product for later
Display prices in: GBP