Wyvern Media is a Publishing and Media Production Company that focuses on providing high quality rounded material for all forms of Art and Research, from Martial, through Historical, into Broadcast.

Our primary focus is on attracting both leading and upcoming people into a high quality platform that will best serve both their needs and the Arts that they represent. Wyvern Media does not limit itself to a single subject although our initial primary goal is the promotion of physical Arts and Historical research - for example with Historical European Martial Arts.

Wyvern Media will accept and consider all types of submissions as long as they have a focus upon Art Forms or Historical Research. We also provide bespoke services for design and production - including private and corporate work. 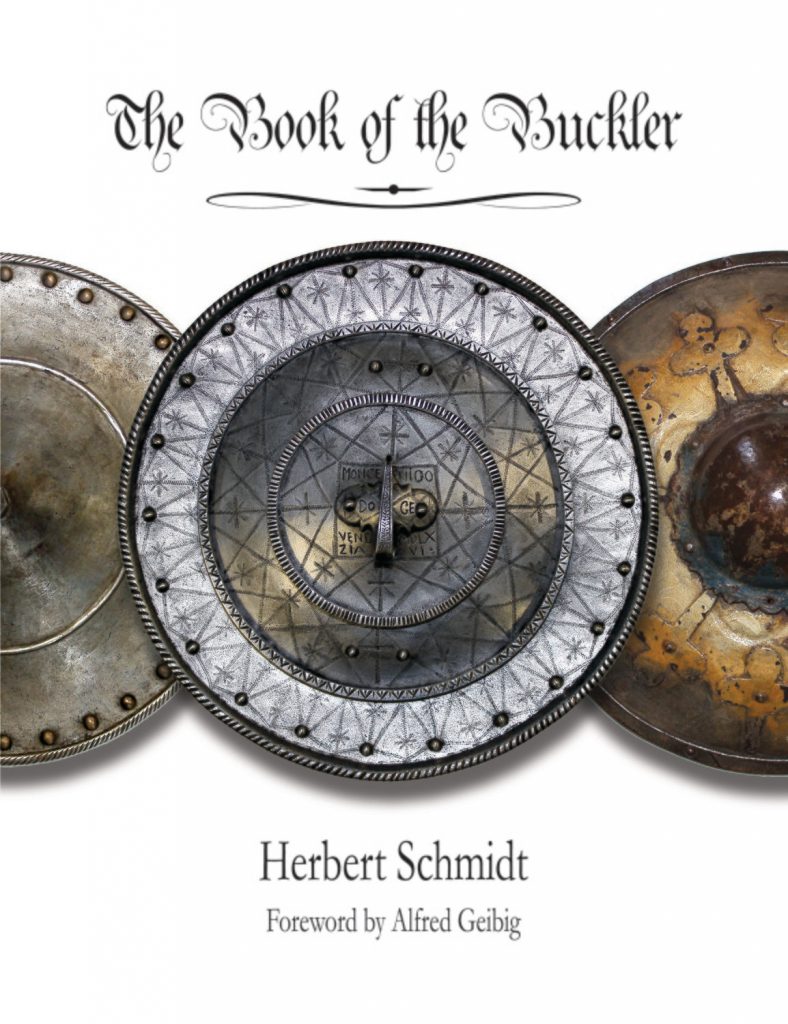 The Sword and Buckler were an ubiquitous duo in the middle ages and the Renaissance.

In spite of being often neglected, the buckler has an interesting story to tell.

This book offers a new and deep insight into this fascinating small shield. Starting with the history of the buckler, this work also covers the typology, the construction as well as the methods of carrying a buckler.

The catalogue of extant original bucklers in the second part of the book is an invaluable resource for the enthusiast as well as the professional.

Herbert Schmidt is an internationally acclaimed expert in sword and buckler fighting and this book represents the results of many years of research on this topic and is so far the only comprehensive work on the medieval and renaissance buckler. 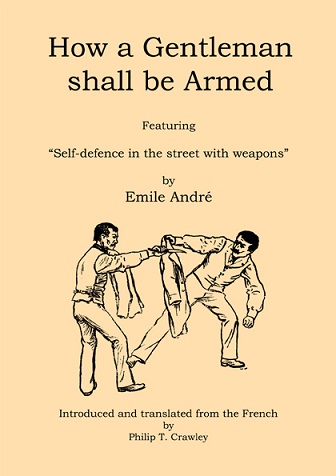 How a Gentleman shall be Armed

La defense dans la rue (lit. “Defence in the street”) developed in the late nineteenth and early twentieth centuries as a response to the rise of the French criminal underclass; gangs of notorious professional thieves and robbers preying upon the wealthy middle and upper classes to relieve them of the contents of their pockets.

Professional fencing and boxing teachers recognised that their skills in the sporting arena had become not only somewhat limited by rules of “gentlemanly” conduct but also overly elaborate and thus set about to reintegrated the various martial arts of the era to create a complete package of skills that worked at a variety of ranges and would cover all eventualities. These teachers did not shy from also considering weapons for personal protection, reasoning that if the criminal was proficient in their use then a gentleman should have no qualms either.

This book contains Emile André’s advice on the use on not only the walking stick, an everyday item for the era, but also the knife, truncheon and even swordstick and pistol for the edification of historical martial artists, re-enactors and historians alike. 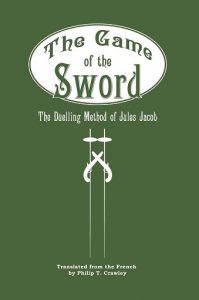 The Game of the Sword

The famous Jules Jacob, master-at-arms at the prestigious “l’Ecole d’Escrime Francaise” was best known for adapting the classical foil game to the needs of the duelling ground, putting forward the revolutionary argument that fencing should represent, as closely as possible, a real fight with the duelling sword or épée.

His approach used simple, easy to learn yet highly efficient techniques while developing the best qualities of both instinctive sword use and tutored fencing.

These techniques, tactics and mindset found in Jacob’s épée method also greatly influenced the weapons techniques to be found in Defense dans la Rue, the French self-defence method for gentlemen, that Jacob’s editor for this work, Émile André, would go on to document along with others such as John Joseph Renaud who wrote in his “Traité d'Escrime Moderne” of 1928 that,

“[the] method of Jules Jacob was excellent at the time. His very intelligent system was primarily intended to combat pure foil fencers. Jacob’s unskilled students were able to inflict damage to well-known foilists in a duel 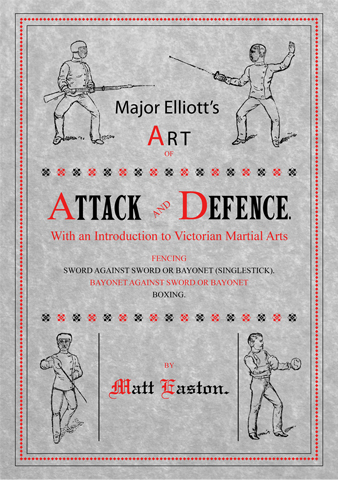 Major William John Elliot was a Victorian British civil servant, army reservist and author on military subjects. He trained under some of the leading martial arts instuctors of his day and later in life wrote this helpful little manual as a record of the styles of foil fencing, sabre, bayonet and boxing that he was taught. For the first time since the 19th century this manual is here re-published, now with the addition of biographical data and an introduction to Victorian martial arts by Matt Easton. 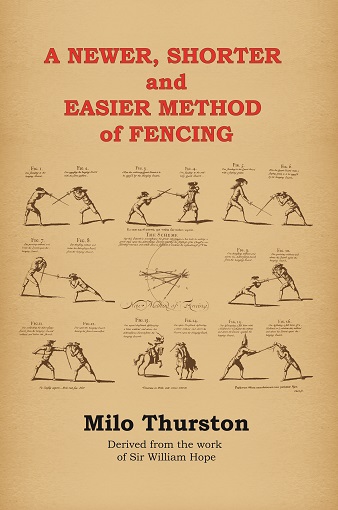 A Newer, Shorter and Easier Method of Defence

Sir William Hope's New, Short and Easy Method of Fencing represents a system by which a gentleman of the early 18th century might learn to defend himself with those swords commonly available to him, such as the small-sword. This book presents for the modern reader a curriculum for studying Sir William's idiosyncratic, yet effective, system for fighting with that weapon. Included also are some notes upon the spadroon as well as a discussion of techniques in his earlier work, The Sword-Man's Vade Mecum. 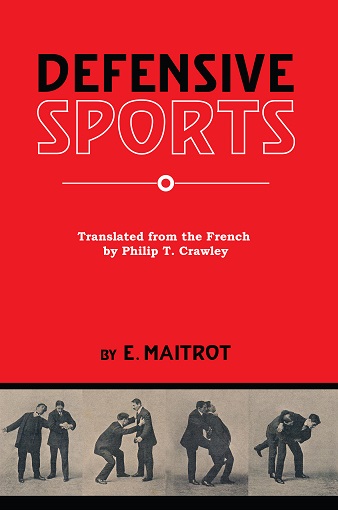 Emile Maitrot was a highly accomplished all-round sportsman who used his experience as a professional boxing professor and Defense dans la Rue instructor to write this very practical self-defence manual.

First published in France during the early 1900s this manual provides its readers with insights into combining English pugilism with French savate and Japanese jiu-jitsu alongside the effective use of weapons such as the truncheon and walking stick, counters to the common "dirty tricks" used by the Apache gangs and advice on defensive techniques specifically for women.

Translated into English for the first time this manual gives a fascinating insight into an often overlooked aspect of the past useful for martial artists, reenactors and historians alike. 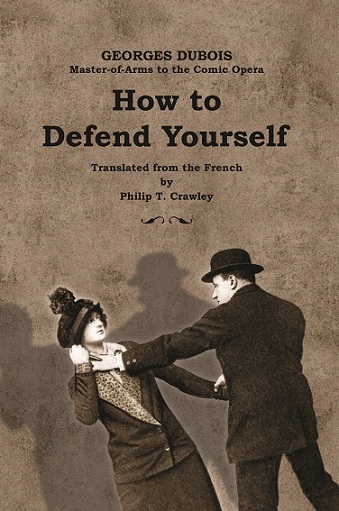 How to Defend Yourself

Born in 1836 Georges Dubois was an expert all-round martial artist. As a result of developing an interest in Jiujitsu he wrote this book on practical self-defence intended to demonstrate techniques and advice that anyone, young and old, male or female, skilled or unskilled, could apply in an era where violent attacks by thugs were common. 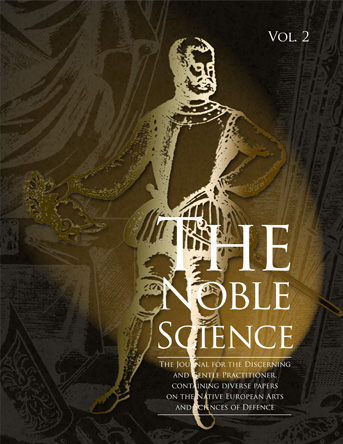 Continuing with the second volume of the journal for the discerning and gentle practitioner. Containing diverse papers on the native European Arts and Sciences of Defence. 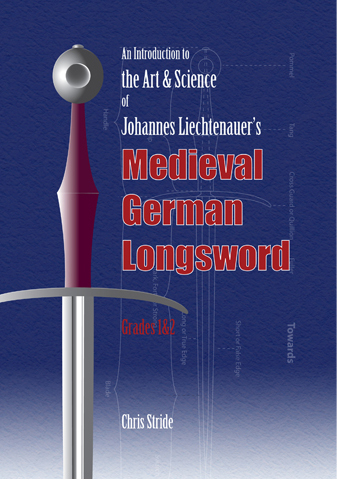 This book provides an opportunity to study the martial system behind the Art that is medieval German longsword, as taught by Johannes Liechtenauer in the mid 14th Century and glossed by Sigmund Ringeck the Elder (c. 1502). The contents include a brief explanation of medieval training practices, followed by a detailed description of the late medieval longsword, including an in-depth analysis of the strengths and weaknesses of the various training simulators available. 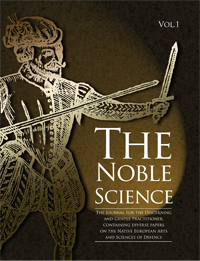 Wyvern Media has taken over the publishing of 'The Noble Science Journal' series, previously published by Mark Hillyard. We have relaunched the original publications and will be publishing the new Journals.

Volume 1 is available for you to buy right now through our online shop. 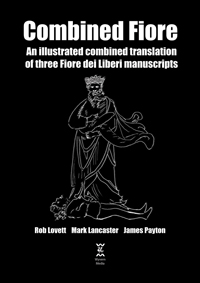 We have painstakingly produced a complete illustrated translation of the three primary Fiore Manuscripts and they are here presented in a combined form with common techniques on a single page for easy cross-reference.

This important new publication will be available soon. 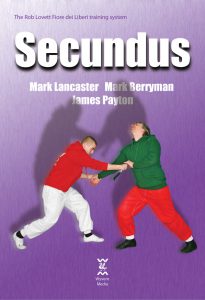 Secundus follows on from Primoris in buiding a complete curriculum programme for Fiore dei Liberi. This second stage of the curriculum will be available later in 2012. 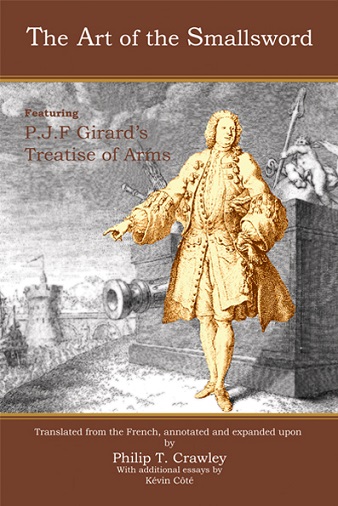 The Art of the Smallsword

The smallsword developed from the rapier as a distinctly French weapon comprising a lighter, shorter and more agile blade than the rapier with comparatively simple hilt.

The smallsword did not require the elaborate lunges and large body actions of the Italian schools of fence and so a French method of fencing developed to suit; relying on an upright stance, dextrous use of the fingers to manipulate the point and emphasis given to multiple intent actions like the feint or parry-riposte to decrease the risk inherent in stop-thrusts, single-time defences and other actions which increased the chance of a double hit.

This book provides access to the comprehensive original material in Girard’s smallsword manual, a solid yet diverse representation of the “Common” smallsword method of the era and its use in a range of settings and also provides insight and ideas as to how to put these words into practice with articles and essays for the interest of historical fencers, re-enactors and historians alike.